Help give Bruce the second chance he deserves

Bruce suffered terribly due to years of neglect … now his fragile body is paying the price. At around 8 years old, just past his prime, Bruce should be fit, healthy and happy. Instead he is grappling with a host of health conditions that if left untreated, could lead to even more agony after having already endured so much pain and trauma. 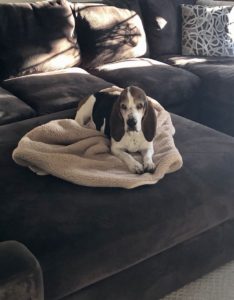 Will you help give Bruce the second chance he deserves?

Bruce was taken in by a good Samaritan who rescued him from a heartbreakingly neglectful situation. She reached out to BHRSC to help give him the life he deserves. Although Bruce is now in a loving foster home, where his sweet, cuddly personality has shone through, he is not out of the woods.

Bruce requires multiple surgeries, the first of which is for his parathyroid that requires a specialist surgeon, hospitalization for several days, and daily lab checkups for approximately two weeks after his operation to ensure his calcium levels have stabilized. Once Bruce – who has already shown us that he is a fighter – has recovered from that surgery, he will need another one to remove a few masses and bladder stones, have his teeth cleaned, and get neutered. We hope that this can all be done at one time, but it’s possible that Bruce will require two more surgeries. He also struggles with arthritis and needs ongoing medication. 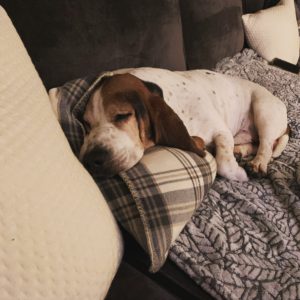 For years, Bruce felt uncared for and unloved, his body now a reflection of the horrible neglect. Please don’t turn your back on him now.

The estimated cost for all of his surgeries is approximately $7,000, but we know that you would agree that Bruce is worth every penny. After everything he has endured, he deserves a life free from pain and suffering. Your donation – in any amount – will help show Bruce that there is hope because there are people like you who care about him and his happiness.

Your contribution today can make all the difference for Bruce, and the start of a new life for this deserving hound.

Thank you for your generosity! 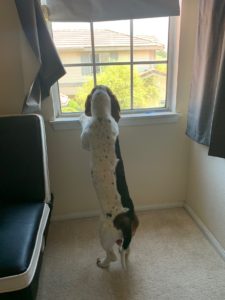 Dodger needs your help to mend his broken heart!

This website uses cookies to improve your experience while you navigate through the website. Out of these cookies, the cookies that are categorized as necessary are stored on your browser as they are essential for the working of basic functionalities of the website. We also use third-party cookies that help us analyze and understand how you use this website. These cookies will be stored in your browser only with your consent. You also have the option to opt-out of these cookies. But opting out of some of these cookies may have an effect on your browsing experience.
Necessary Always Enabled
Necessary cookies are absolutely essential for the website to function properly. This category only includes cookies that ensures basic functionalities and security features of the website. These cookies do not store any personal information.
Non-necessary
Any cookies that may not be particularly necessary for the website to function and is used specifically to collect user personal data via analytics, ads, other embedded contents are termed as non-necessary cookies. It is mandatory to procure user consent prior to running these cookies on your website.
SAVE & ACCEPT